Bristol Studios is a full service audio production and recording studio with state of the art audio, computer and video editing equipment. With over 30 years of experience in the industry, Bristol is known for its friendly staff, creativity and high quality, which have contributed to its continuous expansion in the industry.

Located in the heart of the Back Bay area of Boston, Bristol Studios is headed by a team of experienced audio professionals and musicians. We offer a wide range of services from original music composition and scoring to sound effects design. For recording studio, music production, duplication, graphic or web design call 617-247-8689 or email info@bristolstudios.com for rates and quotes.

Some of our many clients include such companies and musicians as Universal Motown, Interscope,  Sony Music Group, Mercury Records, Random House, The Drop Kick Murphys, Jada, New Kids On The Block, Ahmir, Filmline International, HBO, Meatloaf, Motorola, Moviephone, United Airlines, YoYo Ma and many Boston area musicians and companies. Call 617-247-8689 for rates or to schedule a tour. 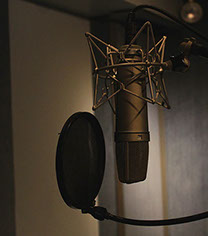 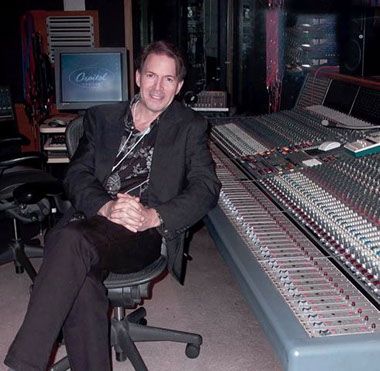 A Native Bostonian, Ric received his music education at The University of Massachusetts and through leading private teachers in the New England area including voice teacher Eddie Watson and Jazz pianist Charlie Banacos. At home with many styles of music Ric, has performed in Rock, R&B and Jazz bands throughout the 1970s and 80s opening for many well known national acts. In 1987 his own group Bijou enjoyed an overseas Top 40 Dance hit with the song, 'Call The Doctor', co-written by Ric.

He has coached vocalists for over 30 years and developed the Bristol Voice Method. He is the director of the Gospel/Pop influenced voice program at Bristol Voice Studios in Boston where hundreds of students study voice and performance.

Locally he has worked intensively with Jada (Universal Motown), The Drop Kick Murphys, Niia Bertino (Yclef Records), as well as major record labels such as Sony, Interscope, Mercury and Motown.

Currently he focuses on artist career development and music production for major labels.

Chris has been the Senior Producer/Engineer here at Bristol Studios since 1993. Chris started his training at the Longy School of Music Prep School and further developed his talents and knowledge at the New England Conservatory of Music. An Honors Graduate with a BM in Composition, Chris has also studied music and composition privately with such greats as Charlie Banacos, Viktor Rosembaum, Tom McKinnley, and George Russell.

In his 15 years at Bristol, Chris has created literally thousands of music productions for Bristol’s diverse clientele involving him in all aspects of the music and audio world.

His productions span from television and film to all forms of music projects, from “Wacked Out TV” and “The Discovery Channel” to an array of clients from hip hop to classical such as Big Pappi, New Kids On The Block, Benzino, Nancy Kerrigan Jada and Yo Yo Ma.

Chris brings a extensive background of musical knowledge and experience to his sessions, both as a performer and studio musician. As a talented keyboardist featured in Keyboard Player Magazine, Chris has performed in a variety of original rock and blues bands, and still performs with many Boston based artists such as Joe Mack, James Montgomery, Barry Goudreau, Brian Maes, Charlie Farron, as well as classical conductors Colin Davis and Seija Ozawa.

Combining all of this musical experience, Chris is a talented composer, arranger, vocal coach, engineer, and producer. 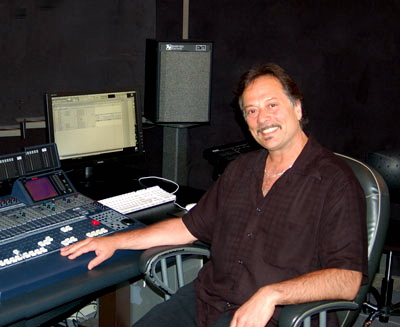 He has created music and background effects for Lake Compounce Amusement Park along with overseeing an ongoing documentary on Autism for the Nancy Lurie Marks Foundation. His Film credits include “The Art of War” featuring Wesley Snipes, "The Gentleman from Boston", "Dirt Boy", "The Rose and the Thorn” as well as an award winning techno soundtrack for "Enter The Zone".